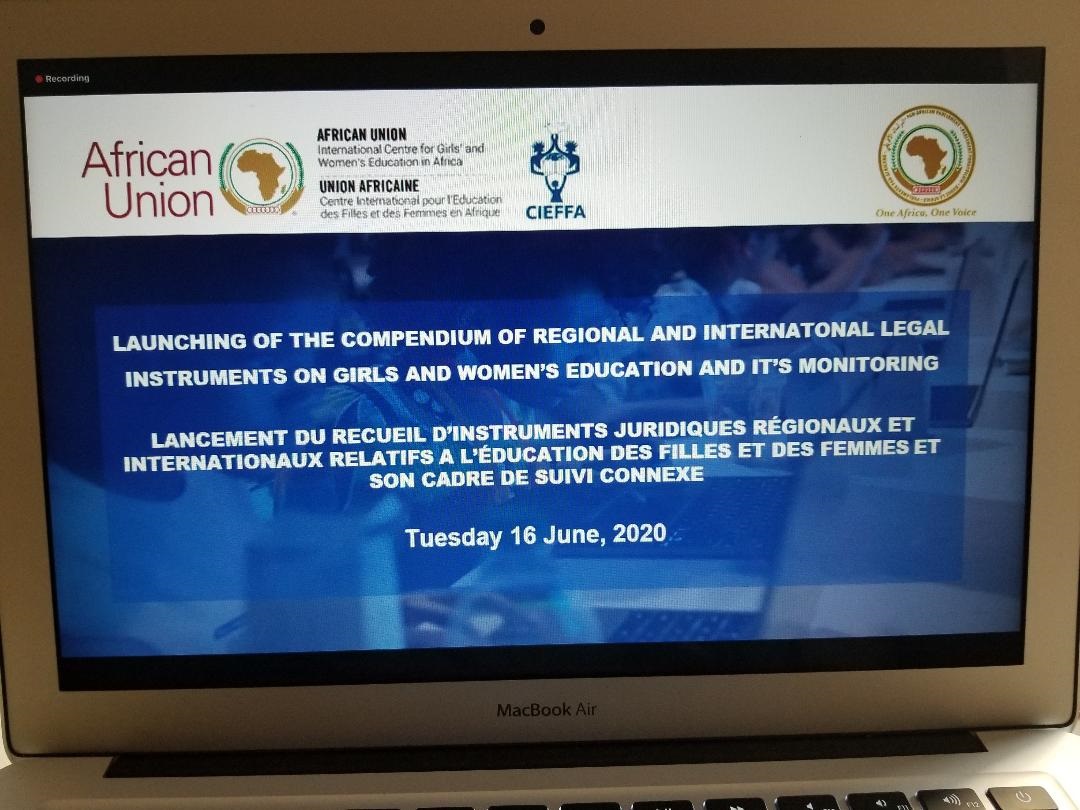 This June 16, 2020, was the date that commemorates the world day of the African child.  The AU / CIEFFA in collaboration with the Pan-African Parliament, officially launch the compendium of legal instruments on girls and women’s education& monitoring framework in Africa. 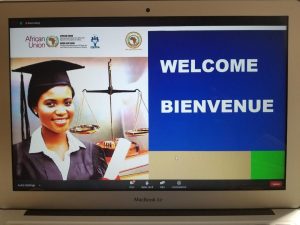 Despite the existence of the legal and institutional frameworks, numerous obstacle to the realization of girls’ and women’s right to education in Africa still persist. 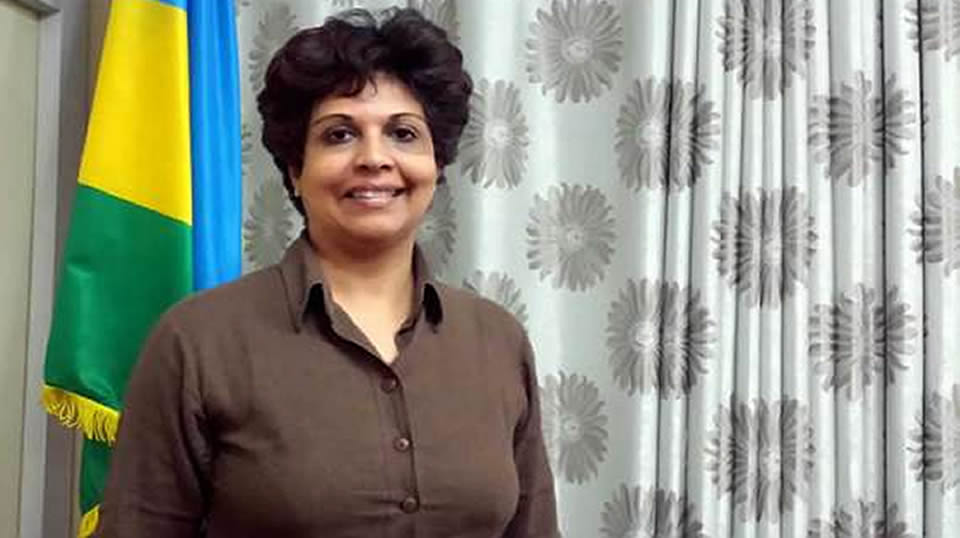 Moderated by Dr. Rita Bissoonauth, the Webinar began at 12:00 GMT with the welcoming address by the Honorable Chief Fortune Charumbira. By the way, Hon. Chief Charumbira in his speech, thanked CIEFFA for the great initiative taken to launch the compendium. He also took the opportunity to challenge parliamentarians to be more involved in this battle so that the education of women and girls in Africa is given greater consideration.

In conclusion Hon. Chief Charumbira said: « The Pan-African Parliament is committed to playing its role with policy makers. So that girls have access to education to end the practice of genital mutilation, early marriage, rape and every other abuse that girls and women face in Africa every day ». 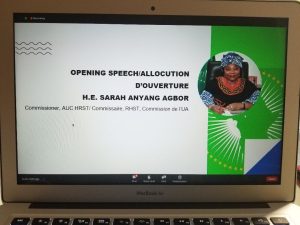 Along the same lines, the HRST Commissioner, Honorable Sarah Anyang Agbor said:«….Thank you for connecting the risk in South Africa during the 80 s, 90 s against discrimination in education. And how the right to quality education was fought for and the right to be talking the native language.

Allow me to seize this opportunity to appreciate the secretary of the PAP for their collaboration. The parliamentarians for their input and their respective implementations challenges at national level.….».

EDUCATION IS THE WEAPON 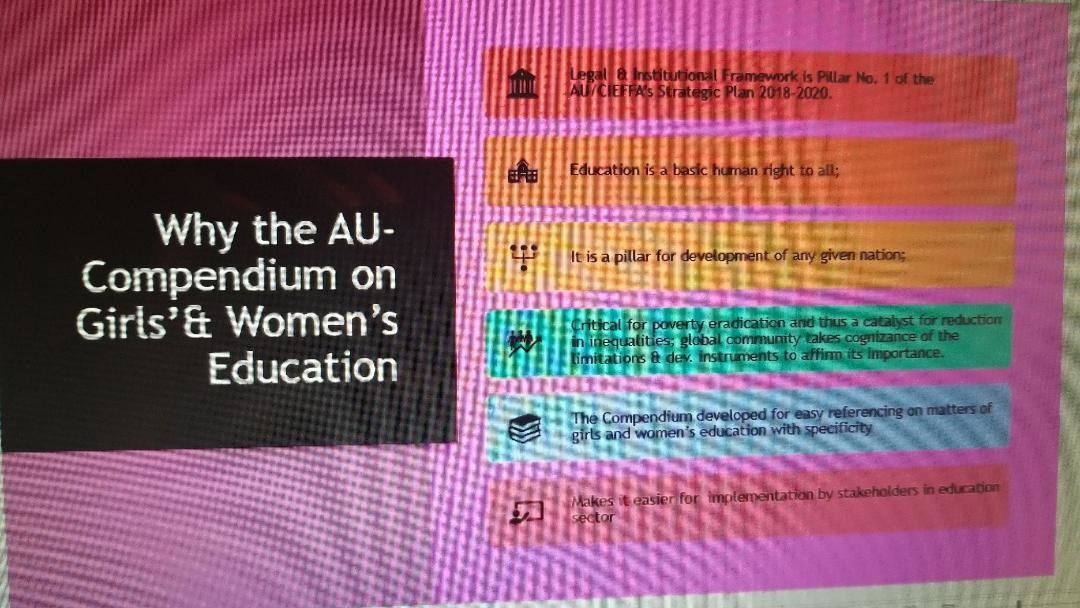 In terms of getting more people involved for the education of women and girls in Africa, Honorable Sarah Anyang Agbor, also said:«….we have to work tirelessly to achieve quality education for all our children. Based of quality and respect of legislation for the protection of their right to education… Allow me to use the word of Nelson Mandela:« Education is the most powerful weapon which you can use to change the world.».

Another African proverb said:« if you educate a girl, you educate the whole world ». It is my highest hope, that parliamentarian will continue to play an important role of promoting the ratification. Also the domestication of the various instrument for all girls and women’s in their constituency……….

I join my voice without the distinguish honorably Charumbira to congratulates the Pan-African Parliament and the African Union in working here to achieve the UN SDG( United Nation Sustainable Development Goals). And most importantly the African Union Agenda 2063. Thank you very much ». 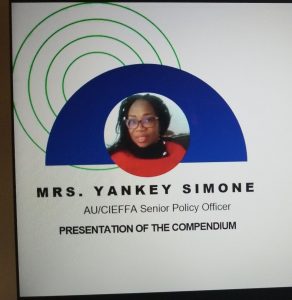 Getting to the heart of the ceremony, Mrs. Yankey-Ouattara Simone, mentioned that « At the united nations level, we are talking about a legal instrument at a certain level. Which does not necessarily target the education of girls and women in Africa because when we do a flash back over years, we realize that we have made instruments on education for all but which still do not protect the education of the girl.

In addition, the compendium has been revised up to the 2030 agenda. The United Nations and the various Member States of Africa have realized over the years that it was rather necessary to target specific instruments on the education of girls and women.». 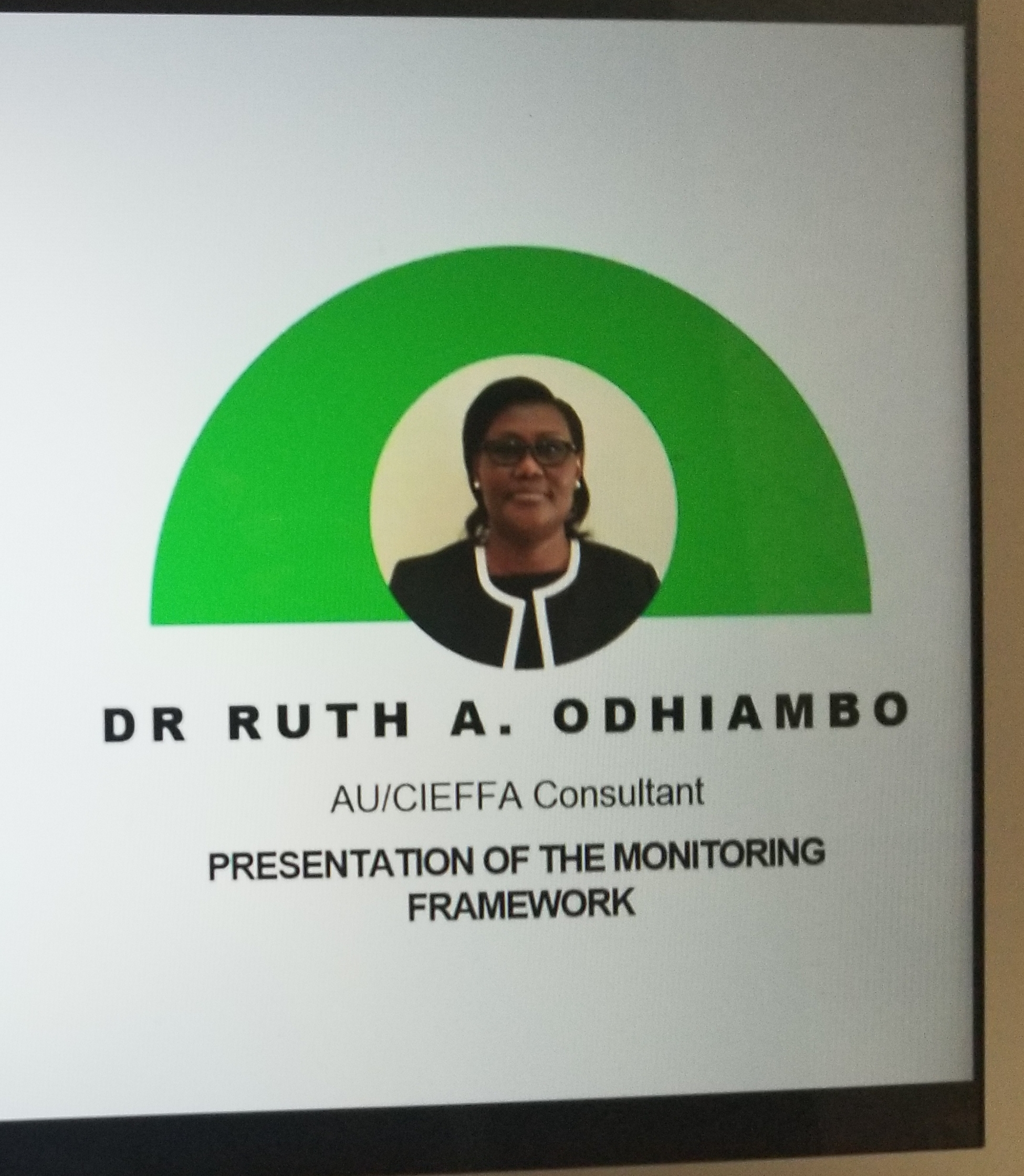 Dr Ruth Aura Odhiambo is the dean of the Faculty of Law at Nakuru University in Kenya. She is also an AU / CIEFFA consultant. By presenting the monitoring framework, she said that we need to build the capacities of African Union member states at the national level. Because this will change and further encourage members of the state to implement these guidelines. Subsequently, she insisted on the commitment of everyone by reiterating these words: «……committed, committed to have the Africa we want…..».

Many African countries have advanced beyond the adoption to ratification of key international and regional instruments to ensure girls’ and women’s rights to Education in Africa. Let us say these instruments integrate key gender dimensions such as parity, equity and equality. Furthermore, gender-related violence and other forms of discrimination within schools also contribute to a high rate of school drop-out. Alongside the socio-cultural factors that give rise to violations of girls’ and women’s’ human rights. There are other legal, political and economic hurdles that may limit the full implementation of their right to education. 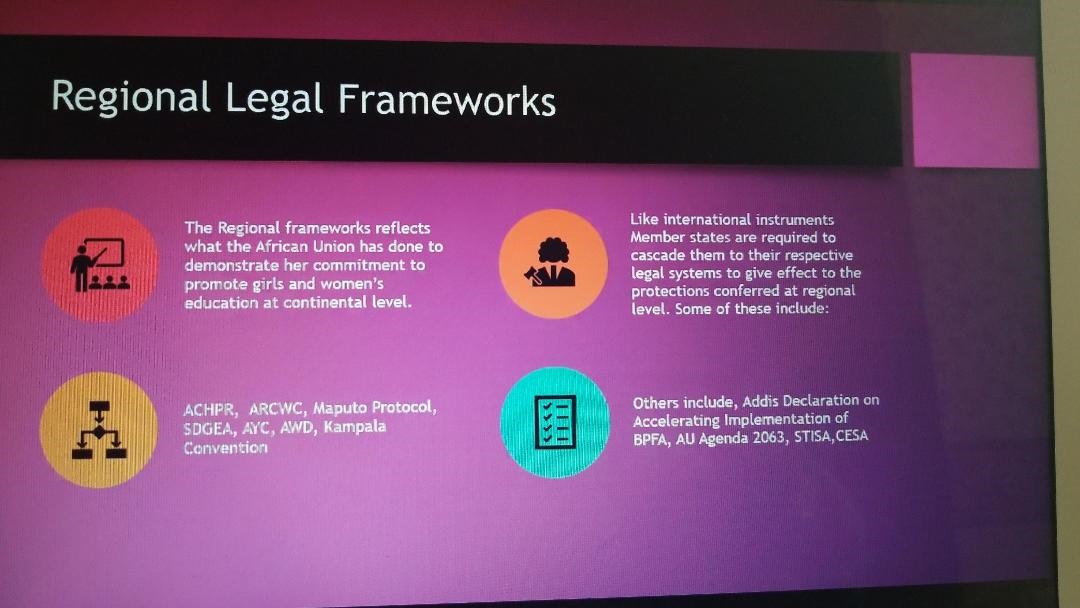 Finally, this ceremony were to present and launch the compendium to stakeholders and alumni. It was also to sensitize member states and particularly parliamentarians on existing legal instruments across the continent. With the view of engaging their respective governments. To promote them further and to provide a platform for member states to discuss national strategies on monitoring. Also discuss evaluation and reporting mechanisms to measure the impact of adopted policie. And how to address barriers related to out-of-school girls and women’s’ on the continent. The closing statement was proudly made by the Director of HRST, Dr Mahama Ouedraogo. 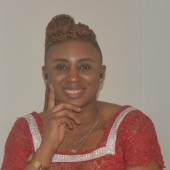 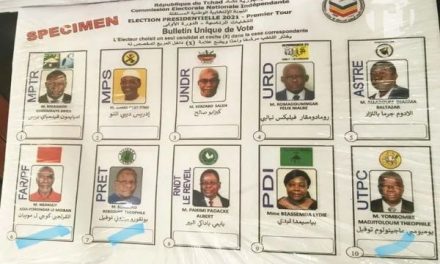 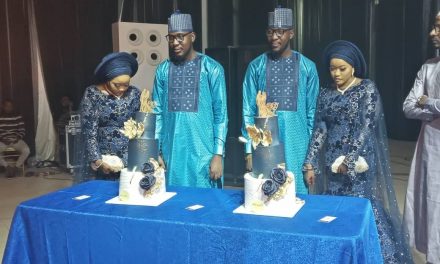 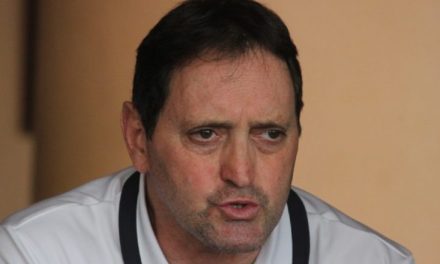 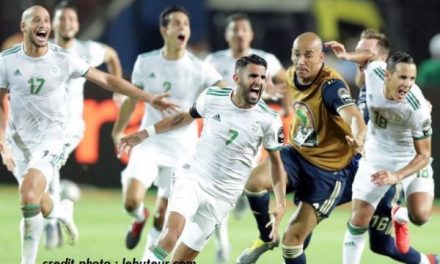 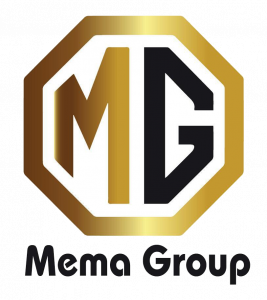 We use cookies on our website to give you the most relevant experience by remembering your preferences and repeat visits. By clicking “Accept”, you consent to the use of ALL the cookies.
Do not sell my personal information.
Cookie SettingsAccept
Manage consent

This website uses cookies to improve your experience while you navigate through the website. Out of these, the cookies that are categorized as necessary are stored on your browser as they are essential for the working of basic functionalities of the website. We also use third-party cookies that help us analyze and understand how you use this website. These cookies will be stored in your browser only with your consent. You also have the option to opt-out of these cookies. But opting out of some of these cookies may affect your browsing experience.
Necessary Always Enabled
Necessary cookies are absolutely essential for the website to function properly. These cookies ensure basic functionalities and security features of the website, anonymously.
Functional
Functional cookies help to perform certain functionalities like sharing the content of the website on social media platforms, collect feedbacks, and other third-party features.
Performance
Performance cookies are used to understand and analyze the key performance indexes of the website which helps in delivering a better user experience for the visitors.
Analytics
Analytical cookies are used to understand how visitors interact with the website. These cookies help provide information on metrics the number of visitors, bounce rate, traffic source, etc.
Advertisement
Advertisement cookies are used to provide visitors with relevant ads and marketing campaigns. These cookies track visitors across websites and collect information to provide customized ads.
Others
Other uncategorized cookies are those that are being analyzed and have not been classified into a category as yet.
SAVE & ACCEPT
Share This